The other day my dad and I were discussing someone I know who is very opinionated and dad mentioned that I used to be the same way. I have to agree that I have strong opinions about certain aspects of life (thanks for the upbringing dad!), but I am also (increasingly, as I get older) very open to the fact that others have different views and (usually!) respect these alternative viewpoints.

To me, being opinionated means that you are unwilling to even consider others’ views or simply accept that sometimes it’s okay to ‘agree to disagree’.

Since I’ve been a part of the home ed world I’ve come across more opinionated people than ever before. And, interestingly, the majority of these people have actually been encountered in the online home ed world of support groups on social media! Many of these people claim to be this way because of the hand they have been dealt, but to me, no matter what you’ve been through in life, there is no need to be negative with everyone around you…

This morning I was part of an online discussion regarding one aspect of home ed (I won’t go into detail as it’s really not that interesting!). I made a simple comment to support the lady asking the initial question; I knew not everyone would agree but really I wanted the lady who was worrying to feel some support as this is what I’ve always thought these groups were for! The negative (and downright rude in some cases) responses to my and other comments shocked me and left me feeling disappointed that I am linked to some of these people by the association of home ed. It made me seriously question my place within that particular online group and I have since left it.

The thing that riled me most was people being so narrow minded and making assumptions about me and other people who were supporting the lady who had asked the question… One response made the assumption that, because I’m an ex-teacher, my children must spend their days stuck at desks doing formal learning. She couldn’t be further from the truth, but I stayed calm (the Stinker will be proud!), removed myself from the discussion and took the 3 Ps for a walk around the old, local quarry site with a friend. They climbed, swung, fossil-hunted, drank hot chocolate, pretended to be dinosaurs (oh, and Piccalilli had a little strop!) and didn’t once sit down at a desk to do any writing! 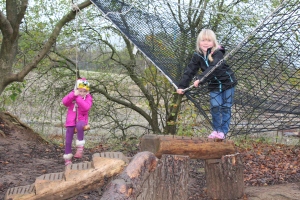 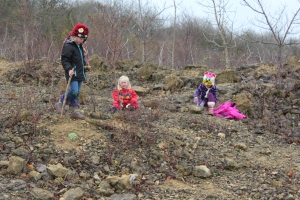 When we returned home we spent hours doing formal sit-down maths… only joking! We designed mehndi patterns and had a go at decorating our hands for Diwali – Poppet commented how it was much more fun than anything she’d ever done in school! 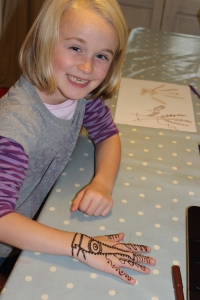 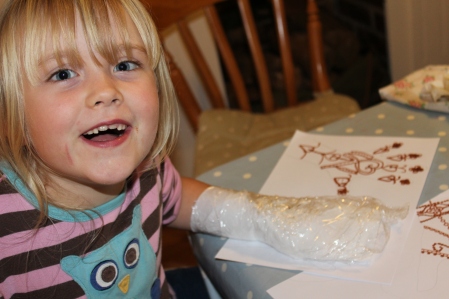 Teaching my children about different views is important to me… sitting at desks to do so is not!