As I walked along the dockyard I got my first view of the mighty ship, the SS Great Britain. It was bigger than I expected and I started to feel very excited about the journey we were going on. The noisy crowd hustled and bustled their way towards the gangplank and I felt nervous that I might lose my mummy, daddy and sisters as I was budged and banged along.

We finally made it aboard the ship all together still. As I looked up I saw the towering masts and wondered how big the sails would be when they were opened. A very tall, serious man told us that we weren’t allowed past the white line on the deck unless we had a First Class ticket, which we did not have. So we had to go down three narrow, dark staircases to find our bunks in Steerage.

The bunks were very narrow and short and I had to share with one of my sisters! Mummy had to have our little sister in with her so she made a little hammock for her to sleep in. The blankets were thin, itchy and woolly, not as nice as at home. There weren’t many other children on board, only in First Class and we weren’t allowed to play with them, so I felt a bit lonely. Daddy had to sleep in a different area to us with all the men. We went to see him but it was very smelly (like stale ale and sweaty clothes!) so we were pleased that we were with mummy. The lady next to us had a new baby who was crying lots but we helped to look after her and she thanked us for being so helpful.

On the first night I felt cramped and scared because of all the loud noises. We were very close to all of the ship’s machinery so we could hear the floor creaking, cogs crashing, chains clattering and the loud, powerful blasts of the siren, which put fear into my heart. If it was ever quieter I could hear rats squealing and children crying. Lots of people were seasick so the smell was disgusting. I wasn’t, so I had to keep going up two flights of stairs to get fresh water for everyone!

In the daytime we played chess, cards and tag in the corridors to keep ourselves busy. We were allowed on deck in the afternoon to get some fresh air, but it was very crowded and cold. At mealtimes we were usually only given herring (fish), bread and garlic. I was desperate for some different foods. One day I was really lucky when we were up on deck because I saw an apple roll from First Class, past the white line and I grabbed it! I hid it in my dress pocket and shared it with mummy and my sisters when we went back to the bunks.

The journey seemed to go on forever, but we got used to it and were lucky that we had a routine to keep us busy. 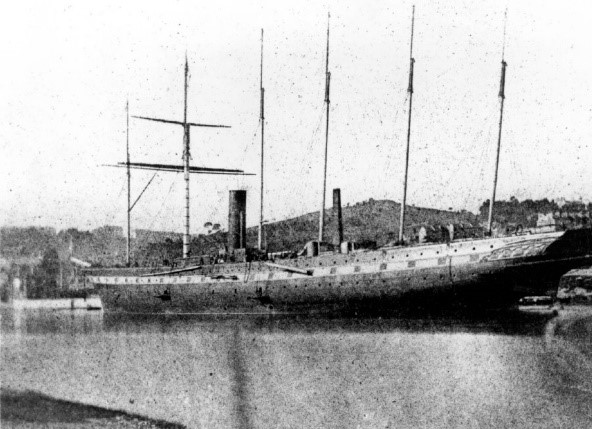